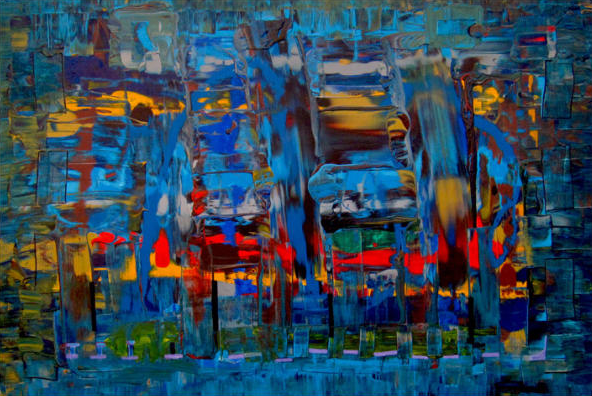 Harper Blanchet is a reclusive visual artist – painter – photographer – sculptor and poet/writer who works and lives in his two studios in Millerton, New York (90 miles north of New York City) and Phoenicia, New York in the heart of the Catskill Mountains. Harper began photographing at the age of seven in 1954 and the work is ongoing, all non-commercial, all fine art, all film no digital, 16,939+ rolls to date. Harper began painting in 1970, firstly house painting then to the canvas in 1980 while living in a one room cabin in East Warren, Vermont. Abstract paintings. Harper grew up in the rural town of Sharon, Connecticut and studied art at Southern Connecticut State College from 1966 to 1970. In 1972 Harper clarified his life’s path when he moved onto Cherry Hill Farm in West Cornwall, Connecticut (1972-1979). Harper rarely shows his work publicly, he sells to private buyers and collectors. He is represented by The Blue Star Gallery and the Garage Galleri, Millerton, New York.